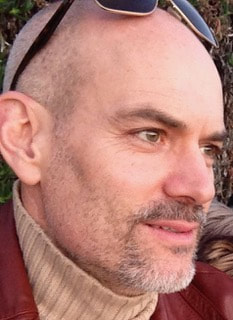 On December 2, I Cantori di Carmel’s WELCOME to new Music Director Tom Lehmkuhl provided a splendidly eclectic evening in the chilly but warm, lovely acoustic of the Carmel Mission. Lehmkuhl’s background, before becoming the Director of Choral Music at Carmel Middle and High School, served him well in programming choices. As the program cover had “Welcome” in four languages, so his personal languages include French and street Hindi.

The first half of the program included well-presented works by Lloyd Pfautsch, C. V. Stanford, Gwyneth Walker, and Morten Lauridsen that are well known in choral circles. The opening “Consecrate the Place and Day” set the wonderful “joy and harmony” to follow. Ringing tones leading to the clarity of the final chord let everyone know that this new director would be leading the singers in new directions.

While the foundation of thirty-five years from Sal Ferrantelli is solid, it also encourages taking those new directions. Stanford’s “Beati quorum via” again demonstrated clarity and balance among the sections. “Crossing the Bar,” with text by Alfred Lord Tennyson, as musically envisioned by Walker, truly created the right atmosphere for the final voyage. Not a morbid sound was this, but more a joyful and smooth transition –- “when I put out to sea.” Dana Gioia’s poetry, “Prayer” was written in memory of his infant son who died. The consummate richness of Lauridsen’s composition brought forth a beautiful and thoughtful musical gift out of the tragedy.

Three very different styles followed. Not as easily tackled by just any choral group, “Zikr” by A.R. Rahman, as arranged by Ethan Sperry, uses Urdu, Arabic, and Persian languages often at heightened tempi. This was originally written for the soundtrack of Bose: The Forgotten Hero.” Rahman is also known for his soundtrack for the award winning Slumdog Millionaire” in which Lehmkuhl played the role of opera singer. Pauline Troia and David Dally added the percussion parts to this exciting and vibrant mixed meter work. Based on the music of whirling dervishes, it builds intensity throughout while picking up the tempo in the finale.

Absolutely delightful folk songs ended this first half. Stephen Hatfield’s arrangement of the Cuban folk song captured the Afro-Cuban rhythms and transferred them to the voices. “Verduron,” a French folk song and dance tune arranged by Randy Haldeman, delighted with the flirty style of the rescue of a maiden. Pauline Troia’s piano part was a show in itself. Troia continues to demonstrate her mastery of all piano styles and she absolutely nailed the complexity of Haldeman’s music. Because of the rhythmic structure, the choir was also the percussion section.

The second half featured songs of the season as well as soloists from within the group. The Alice Parker/Robert Shaw arrangement of “O Come, O Come, Emmanuel” had the tenor and bass sections in the back of the church and the soprano and alto sections in front on the risers. The men began and women answered, and then wove the musical magic that only a Parker/Shaw arrangement yields.  The unison at the end was sublime in the tuning. Francesco Durante actually composed the “Magnificat” attributed to Pergolesi. String accompaniment included David Dally and Eldar Hudiev, violins, Kim Kistler, cello, and Kelly Beecher, Bass. Featured soloists included Jody Lee, soprano, Astrid Holberg, alto, in duet, and Justin Huang, tenor, and Seth Bates, baritone, also in duet. This is a beautifully conceived and equally beautifully performed work. The Michael Haydn “Lauft, ihr Hirten, Allzugleich” featured Jody Lee, soprano. This was no lightweight solo and Lee’s vocal acrobatics demonstrated a wealth of training and command of this work. The chorus “back up” was also demanding in control and unity of sections. “Season of Light” was written by Jacob Narverud “to bring to mind thoughts and remembrances of the season and to reflect on this meaningful time of year.” Lovely, gentle and an incredibly well tuned octave unison at the end – overtones anyone? Finishing this evening’s offerings was the Arthur Warrell arrangement of “We wish you a Merry Christmas.” Simple to begin before all the figgy pudding and good tidings roar to incredible heights at the ending for the tenors and sopranos.

Overall this was an evening of delectably delicious music offerings beautifully executed to mark the debut of Tom Lehmkuhl as the new I Cantori di Carmel Music Director.

Archived in these categories: 20th Century, Choral, I Cantori.
Bookmark this page for a permalink to this review .