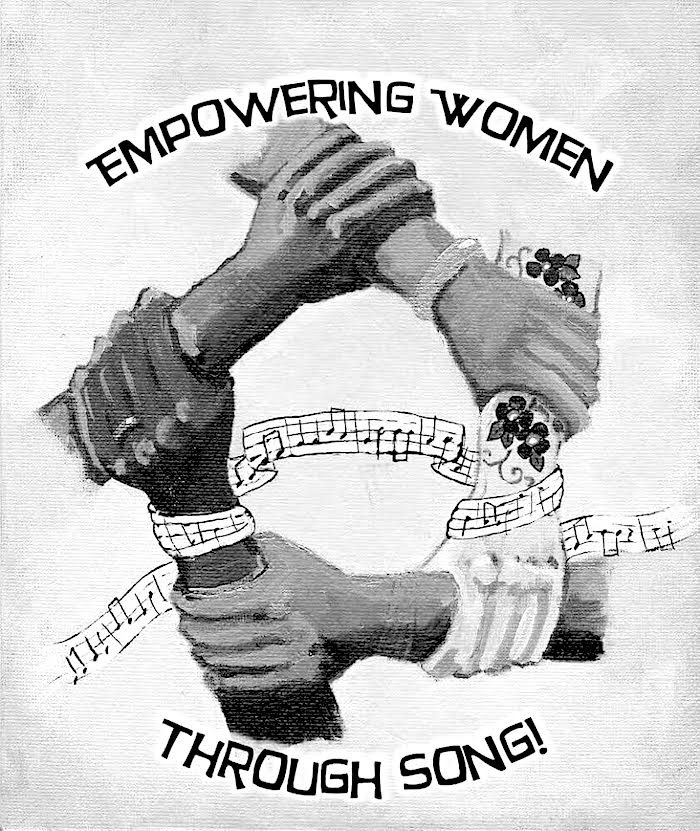 Stronger Together was the theme of Aria Women’s Chorus presentation Sunday afternoon November 18 at First Presbyterian Church, Monterey. What could be a more apt theme to express how this group works together musically?  As conductor Sean Boulware was absent, Michelle Boulware took over the conducting duties. A woman conducting women seemed especially appropriate for this afternoon’s repertoire including the closing piece “Stronger Together” by Sarah Jaysmith. This was a fitting end of an emotional and uplifting program.

Moira Smiley’s arrangement of the folk song “Bring Me Little Water, Silvy” was complete with body percussion and made for a dynamic opening number. Aria as a group continues to have a way of immediately engaging an audience and this lively tune was no exception. There were so many emotional moments, and Gwyneth Walker’s “I Will Be Earth” with its musically tricky harmonies melting into resolution continued flowing and cascading like a waterfall. “Always Keep This Close” uses the poetry of Colleen Carhuff as set by Zachary J Moore to explain the depth of feeling of singing in a women’s choral group. Joan Szymko is no stranger to writing tricky rhythms, and her “It Takes A Village” was neatly performed with Isaiah Boulware on djembe. Young Boulware will certainly have a successful music career no matter which direction he chooses. Diane Goldman knocked the opening a cappella solo out of the ballpark with her enthusiastic introduction and verses along the way.

As Michelle Boulware introduced “Ripple Effect” by Stephen Hatfield, she reminded the audience that no matter how small we may “dip our finger in the water” the ripple effect goes way beyond. Michelle Galindo’s mastery of keyboard accompaniment continually makes it looked so easy when in fact many of the afternoon’s accompaniments were especially tricky rhythmically. Yet, she maintains terrific ensemble control. In this Hatfield piece, the overlay of rippling piano motifs kept the water and ensemble moving smoothly.

Closing out the first half, Rosephanye Powell’s “Still I Rise” could easily be yet another anthem in today’s political climate. Powell writes so rhythmically that you get the message in spades. Michelle Boulware was the soloist again proving that she can handle just about anything with the appropriate style and personality.

Opening the second half was the statement that “if you want to go fast, go alone, if you want to go far, go together.” Philip E Silvey set this text to a spiky syncopated rhythm. Messages continue to abound with Kim Baryluk’s “Warrior.” As a young girl it is “not in my womanhood” to be a warrior. As an adult it morphs into discovering that yes indeed it is imperative to be a warrior and stand up for the important things. “Chapo Pou Fanm” is Sydney Guillaume’s “hats off to women” ode. Delightfully tricky rhythms were deftly nailed by the chorus as Jenna DeDominici expertly sang the solo parts in often distinct rhythms from the group. What could be appropriate now than “I Am In Need of Music?” As Michelle Boulware reminded the audience, the power of music to heal and soothe goes without saying. David Brunner gives this text a cascading water effect and the movement of the accompaniment greatly enhanced this mood.

Perhaps the most emotion evoking number was Kurt Bestor’s “Prayer of the Children” as arranged by Andrea Klouse. These words came after yet more atrocities in war torn Yugoslavia. Yet this has become almost an anthem having been performed by countless children and adult groups in response to continuing atrocities. As seen through the eyes of children pleading “to see the morning light of one more day” the music supports this urgent plea and left many of the singers as well as audience members in tears.

In the closing “Stronger Together” the woman’s voice defies all the criticism as tossed generally or specifically. Sarah Jaysmith has written a piece that could also become yet another anthem in today’s politically charged climate. Ariacontinues to add their voices in love and solidarity through the music they perform. Continuing kudos to these women, to Michelle Boulware for so smoothly taking over the conducting reins for this concert, and Michelle Galindo for her never failing and capable sensitivity to the nuances of ensemble work.

Archived in these categories: Choral.
Bookmark this page for a permalink to this review .